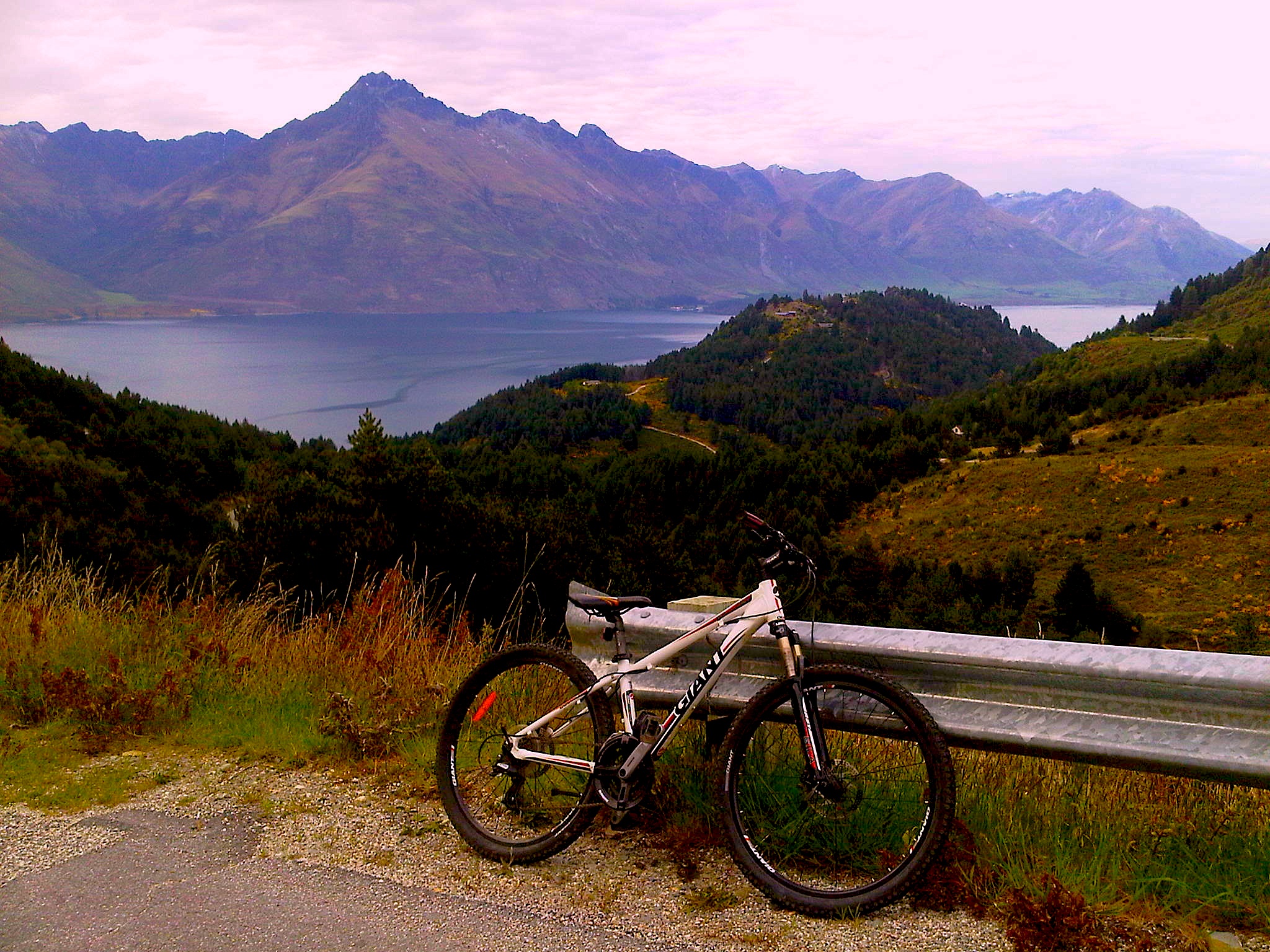 It’s so much easier to get down than it is to get back up. It’s amazing how simple some deep philosophical truths can be. Doesn’t have quite the ring to it as some poetic quotes of endurance and encouragement, but there it is. I just finished reading Kristen Lamb’s latest post and it’s reduced me to tears because it perfectly illustrates what I was going to write about.

The bike pictured above is my new one that partner in crime gave me yesterday for my birthday 🙂 I named her Enid and took her for a spin this morning (my first bike ride in quite a few years). Now, here is a drawing of roughly where my house is situated: 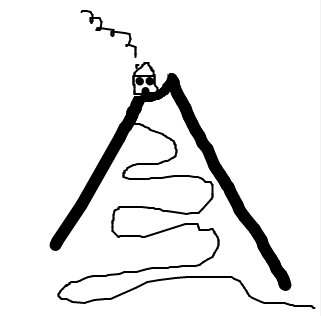 Yes, this is why I have an illustrator

Getting down was fast. Wind in my hair, bugs in my teeth. A feeling of free-fall. A feeling of almost losing control. I had planned to cycle to a nearby lake, which also turned out to be uphill. Basically, after reaching the bottom of the road from my house, I took my bike for a walk. I didn’t make it to the lake because, after a wee climb, there were cows blocking the road round a corner. This is another deep philosophical truth. Life always throws a herd of cows in your way when you want to get somewhere. I’m scared of cows. (Ssshh, yes I am aware I have moved to the countryside. But cows are scary. Give me a break). So I turned back. I would have felt like a failure, but so much exercise after so long also meant that I felt like I was going to be sick, so it was cool to get back on the bike and coast down the way I’d come.

That took me to the bottom of my home hill. And I had to climb back up it. Needless to say, this was nowhere near as swift as the descent. And I had to face the cars passing me, wondering if the drivers thought I was just nuts or feeble not to be riding my mountain bike up the mountain, as it was clearly designed for that purpose, unlike my body. But I trooped on up and I made it to the top. I made it back home. Sometimes, it might seem too high or too far to get where we want to be. You have to keep climbing. If you were riding, sometimes you have to pop off and walk. You can get there, eventually, and it’s worth it. I intend to do much more riding until it’s no longer as necessary to do as much walking. Maybe I’ll ride up the hill to home one day *coughs & splutters*.

Everything has got on top of me at the moment. Two friends have died in a car crash in Oz and I’ve just been over staying with our friend’s family and attending the joint funeral. My uncle has passed away and I can’t get back to the UK to be with the family. All were taken too soon. Things that shouldn’t be stressful have become overwhelming in the wake of it all. I can’t seem to concentrate at the moment. My NaNo novel has become a bit of a nemesis. I can’t seem to work, write, or achieve any of the things that I was meant to achieve this month.

We have to accept that it’s easier to get down than it is to get back up. It will take time. We will have to take some care of ourselves to be fit enough to do it. And we have to believe that it’s possible to be better. Who here feels the same? Who’s on a climb and could use a little lift? Who can’t stand Miley Cyrus but can’t help but love the lyrics?! (Disclaimer: I actually do like Miley Cyrus, don’t hate me).

14 thoughts on “Getting Down & Getting Back Up Again”