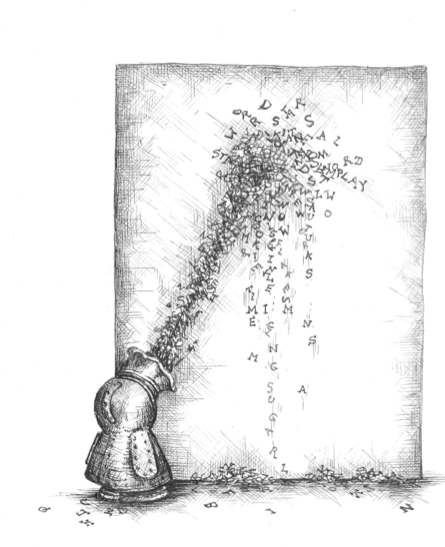 ‘The dog ate my homework’

This time, let’s start with a question – who first claimed that their dog ate their homework? And who among you has ever claimed the equivalent? The saying sure caught on and is still a lot catchier than, ‘My computer didn’t save it, even though I pressed save, and backed up, and emailed it to myself, and threw my computer out the window‘ (we’ve all been there?!). Wikipedia calls it the ‘sine qua non of dubious excuses,’ which I enjoy, because what’s not to like about a bit of Latin?

Anyway, I’ve become increasingly aware this week that I’ve signed up to write 60,000 words in a month, completing the first draft of a novel in November, which is National Novel Writing Month (NaNoWriMo). More and more of my favourite blogs have been offering up tips and treats – plotting techniques, craft lessons, general approaches – the theme of which, I think, is the unsubtle warning: Fail to plan and plan to fail.

I like writing lists and crossing things off them. I often do that nifty trick where you add items onto your list that you’ve already done, just so you can cross them off (who exactly am I kidding? Only I read the lists!). I’m a spontaneous person, mostly, and I’ve definitely not done enough planning since signing up in order to face Friday 1st with joyful anticipation rather than abject terror. I do intend to rectify this situation on Thursday 31st (if you leave things to the last minute, they only take a minute!). However, I already find myself presenting myself with excuses for failure – not only my failure to plan but also my failure to succeed in something I haven’t even started yet. It’s been a black October, but there really is no excuse worthy of allowing myself the indulgence of excusing myself. It’s as much an indulgence as creating chores I can complete in a minute so I can cross them off a list and feel like I’ve done something today.

I’m amazing at articulating excuses. I have a sheaf of them for every bad thing that’s happened since, well, ever. I’m constantly vindicating myself and seeking vindication from others involved. I then tell 10 people who aren’t even remotely interested and try get vindication from them as well (witness my last post!). This is because nothing is ever my fault. The dog ate my homework. I had no control over this dog. I deserve pity, not blame.

But for NaNo, I need to buck up my ideas. And saying that, I really ought to buck them up across the board. NaNo is like any challenge that needs facing or problem that needs fixing. Excuses won’t help change anything, only action will. Effective action is boosted by help, support, guidance and advice. Well, I have a whole inbox of that for NaNo – it’s time to take some of that advice and see what works for me (better late than never); make more time (my go-to excuse is not having time); find my Muse (she’s been reported missing, I need to stop finding all those excuses and find her instead); and get the job done. Oh, and enjoy it.

‘There’s no time‘ is probably my favourite excuse. Let’s rearrange some things and find some time hiding under the sofa cushions (that’s hopefully where my Muse is hiding out, keeping Time company). Let’s also find some better words: There’s no time like the present; there’s no time for excuses; and there’s no time to lose! Who’s with me?!